A list of people mentioned in the Cora Stallman series. This page is in progress. 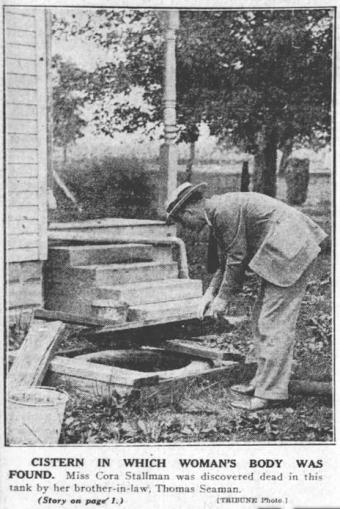 Cora Stallman: Person around whom all this revolves. Found dead in a farm cistern.

Thomas Seaman: Farmer, married to Anna Seaman. Lives on his own farm.

Ernest B. Tucker: Editor of the Mattoon Journal-Gazette. Town booster, active in many social and commercial organizations.